This performance in the Theatre repertory was prompted by the need to enrich the repertory of the Theatre with choreographic miniatures. And still, this practical purpose made me think about how to channel the creative energy of the dancers of «KYIV MODERN-BALLET» Theatre to produce something more important than a mere succession of concert turns. Those ideas were conducive to an unusual scenic form: a number of novellas to ethnic or highly pronounced national music, "cemented" with J.-S. Bach's preludes and fugues from his "Well-Tempered Clavier". The human conglomerate, either darting across the stage or feeling their way through the surrounding world obscurity, is breaking up into duets, trios, or solos, who are telling us their lives' stories. Upon finishing the story, they seem to be taken up by the crowd, which effaces the illusive traces of their existence 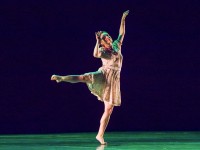 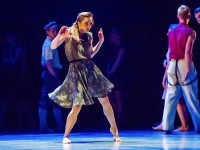 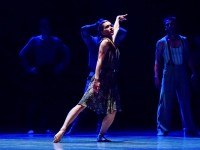 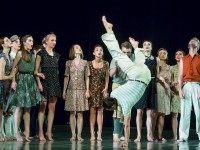 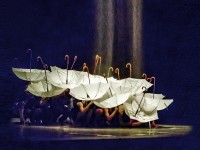 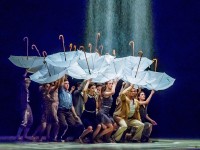 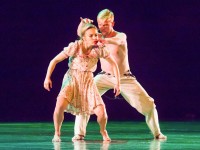 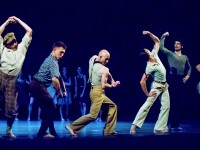 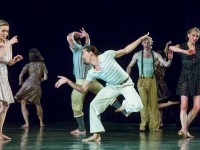 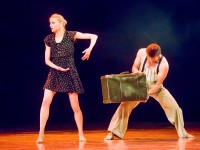 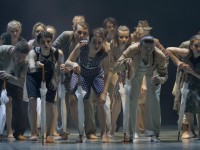 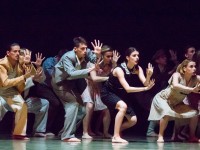 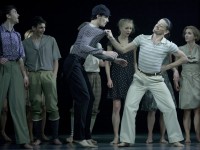 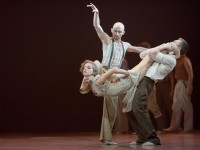 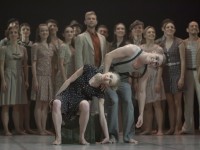 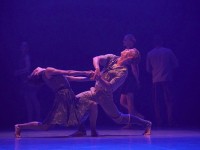 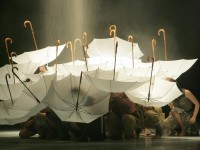 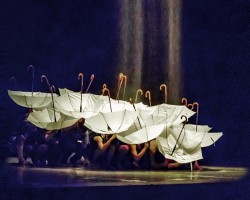 Promo "Rain" 2019
About the showShow Hide

"Rain" is a philosophical story shaped as a choreographic suite, telling us about the fates of people who were involuntarily joined in one space at one time. Ethnic music together with the contrasting it music of J.-S. Bach create the effect of the babel of people speaking different languages and form an excellent foundation for the choreography of Radu Poklitaru.

The creative essence of the performance proceeds from its musical idea, thus embodying the author's conception: various cultures and national mentalities incorporate basic human values.
R.Poklitaru's direction is focused on people and human feelings and emotions.

The ballet "Rain" was presented to the audience in many cities of Ukraine, as well as in Rumania, Moldova and the Netherlands.