Since childhood I have been particularly thrilled when listening to "Bolero" by Maurice Ravel. In my ballet family "Bolero" was a sort of legend related to the artistic history of my parents, to their stage successes and the warm remembrance that in "the sixties" there appeared performances different from the traditional white-and-blue palette of the "Swan Lake" and "Giselle".
My version of Ravel's great score seeks to comply, faithfully and sincerely, with the Composer's music thought development. Our production is a story of the continuous, Sisyphean struggle of individuals for the right to have their proper "Ego", their "otherness", for the liberation from the many-headed, multi-handed octopus named "the crowd" 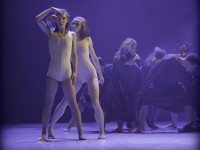 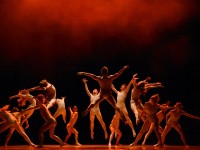 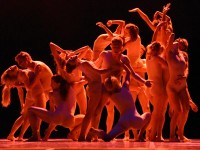 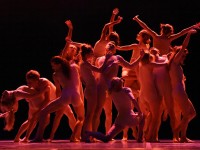 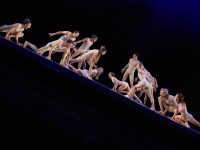 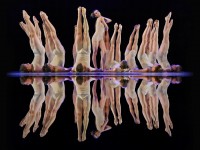 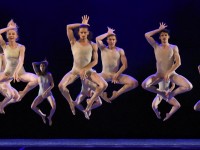 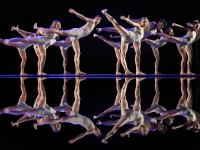 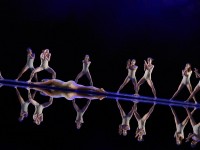 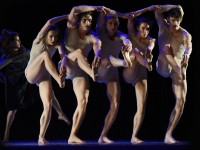 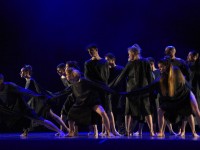 Promo "Bolero" 2019
About the showShow Hide

Maurice Ravel's "Bolero", this fabulous ballet score of the XX century, has acquired a most unpredictable and daring interpretation in the performance of the "KYIV MODERN-BALLET" Company: it is all permeated with the controversial spirit of our time.

Radu Poklitaru's choreographic version of this work of genius presents a story of the unending, Sisyphean labour of individuals to have their own EGO, to have the right to "otherness", to get free from the many-headed, many-handed octopus whose name is "Mob"

The ballet "Bolero" was presented to the audience in a number of Ukrainian cities and towns, as well as on tours in Rumania, Moldova and the Netherlands.